While I didn’t get to cut out of work early yesterday, I did get to drink a beer by the pool. And it was everything that I thought that it could be.

Maybe I can do it again today, before I start whipping up dinner. 🤞🏻

P.S. I decided to try something new with the layout for this post. It looked wack in the RSS feed though, so back to the drawing board I guess…

Currently requires a system with a beefy GPU. MacBooks need not apply. 😞

Didn’t I Write This Story Already?

Naomi Kritzer on her 2015 story “So Much Cooking” about a food blogger living through a global pandemic.

I haven’t read this before, but it just made it to the top of my pile. (via)

Speaking of my to-read pile, earlier this year I learned that the Japanese have a word for book hoarding, which I identify with very deeply. Maybe you will too.

Robin Sloan — one of the authors to consistently make it out of my to-read pile — explains the ghostly fade-out effect seen during title sequences of older movies.

When you want to graduate from cooking bread with that sourdough starter you’ve been working on, consider Neven Mrgan’s pizza dough recipe.

And since we’re mixing it up today, let’s finish things off with with a quote…

Civilized life, you know, is based on a huge number of illusions in which we all collaborate willingly. The trouble is we forget after a while that they are illusions and we are deeply shocked when reality is torn down around us. 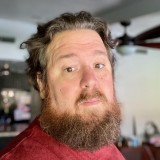